Preparing Your Child for Education 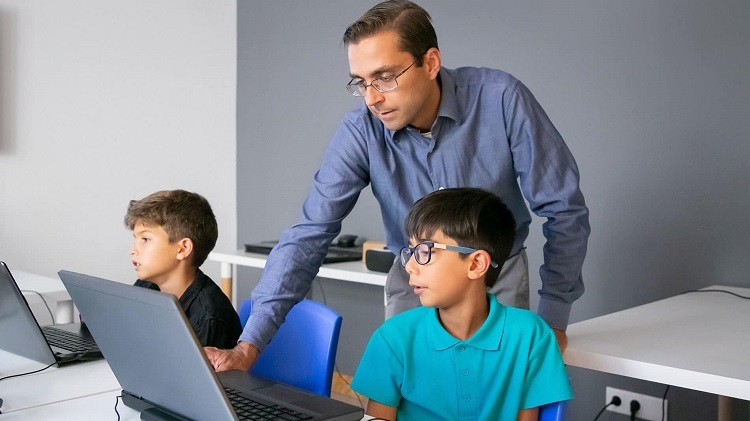 Years ago, when our little ones headed off to their first day of kindergarten, it was thrilling to know they could already write their name, repeat their address and phone number, maybe even tie their shoes. As child development research advances, however, it becomes clear that ages birth to five are critical years for brain function. Certain lessons, if not taught early, can be much more difficult for your child to learn. Not to worry though, it turns out that many of these lessons can be found in your every day activities. With minimal adjustment of the time already spent with your child, you can teach them valuable skills that they will absorb readily, setting them up for great success when they do start school. In particular, here are three areas where children can explore learning years before they ever enter a classroom.

The critical teacher versus students ratio when researching…

Every parent knows the frustration of vacuuming up a mess of Cheerios only to turn around and see that your little one has managed to spill dog food in all the freshly cleaned spots. Frustration makes it easy to ignore the inherent value in your child’s behavior. Apart from curiosity, which has its own wealth of advantages, your child is also developing dexterity. Put those eager little hands to work by investing in a small dustpan and foxtail. Obviously, it will take some time for your toddler to become a proficient sweeper but at least then, he’ll be fighting on your side. Similarly, let your child mimic your motions when you’re pouring drinks, wiping countertops, brushing your teeth, and folding laundry. Many of the objects you already have in your house can serve as scaled down versions that will fit his hands nicely and teach him the value of staying tidy while improving motor skills as well.

While most toddlers can rattle off the letters of the alphabet, it’s still a long haul from recognizing those letters to writing them and associating them with certain sounds. The next time your child is identifying letters on blocks or in a book, show her how to trace the letter with a tip of her finger and make the letter’s sound as well. This will eventually become a very natural transition into reading and writing words since she will not only know the letter by sight but by shape and sound as well. Use descriptive language to increase your child’s sensory awareness. If he’s enjoying a bowl of ice cream, replace questions like “Is that good?” with more descriptive questions: “Is that cold?” or “What flavor is your ice cream?” You can also experiment with touch, compare cold water with warm, a wet towel with a dry one, or a smooth wall with a rough brick.

Studies have shown that infants can differentiate their native language from a foreign one within hours of birth, suggesting that their understanding of language begins before they’re ever even born. Those of us who grew up in a time when foreign language was not part of the curriculum until secondary school, are well aware of the difficulties in trying to establish those skills later in life. In the same way that toddlers can absorb and regurgitate the language you speak everyday, they have the capacity to develop those skills with foreign languages. Find opportunities to expose your child to other languages by taking them to a world cuisine market, visiting your local immigration office, or go old-fashioned and advertise for a pen-pal. Modern communication methods can make this option particularly attractive since we can hear each other rather than just reading each other’s words. Watching your child learn a foreign language can be unnerving because they will undoubtedly pick it up more easily than you will but perhaps that will be just the incentive you need to finally become fluent in that other language you’ve always wanted to speak.

To children, everything is a fascinating opportunity to find out something they didn’t know before. Capitalize on that inherent curiosity by opening the doors of exploration and you will see your child grow into a school-ready individual with a deep appreciation of learning. A few tricks now will ensure that your child always enjoys learning and jumps at every opportunity to further their knowledge.

Kitchen Remodeling Mistakes That Can Prove To Be Costly

How to Utilize Pinterest to Spice up Your Home

The critical teacher versus students ratio when researching Universities