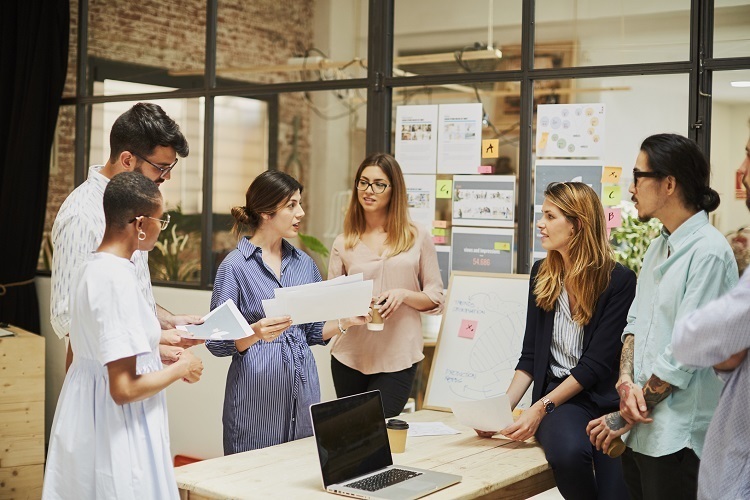 The term “Information Technology” or IT can refer to a number of different technology related fields that span networking, software development and basic troubleshooting. Not many of them are thought to be people oriented roles, yet one IT job would definitely fall under that category: Desktop or tech support.

Those in IT who are assisting end-users who don’t have a strong technological knowledge are highly benefited by having an outgoing and customer-client oriented approach to their work.

Generators Involving Siemens Many of us Deploy Brand New…

Communicating to a Non-Technical Audience

Your task is to not only fix a computer-related problem, but to communicate your approach and the situation to a non-technical user, so that they can be better informed and more autonomous next time the same problem comes around.

Computers are always changing and updating, so the more informed an employee is the more productive and valuable they will be.

It’s your job as the resident IT professional and support staff, to help educate people and explain to them what is happening, when it happens. That takes more than just a knowledge of computers, and it’s a much different type of job than say software development, where you’re sitting behind a screen all day long working on a block of code.

Some people excel at that kind of work, while other people are much more suited for the people oriented work that involves an element of customer service.

If you’re in a desktop or tech support role of any kind, customer service is a huge part of your job performance and determinant of the success of both you and those that you are supporting. It seems counterintuitive to think that the “computer guy” would be anything but a reclusive introvert who doesn’t often see the sunlight.

The fact is that those people don’t usually make good support staff. Sure they might be good with a computer, but their knowledge goes far beyond what they would need to know to support an end-user, and the language they would use to explain those things would often be too complex for regular users to understand.

Someone supporting users needs to strike a balance of being both knowledgeable in their area of expertise, while at the same time displaying strong interpersonal communication skills and an inherent ability to be relational and pleasant with people, regardless of the circumstances.

If you’ve managed to find a company that values techy book knowledge over their support staff’s ability to communicate and relate to people, it’s probably a pretty awful place to work, and to do business with.

Even as an IT professional, one needs to maintain a keen ability to articulate thoughts and communicate clearly with people who don’t share the same interests with them and who don’t think in the same way that they do. Someone working in tech support needs to enjoy being around those people and engaging with them as clients, otherwise they’re going to make things harder on themselves and on the users that they’re trying to help.

It’s not always easy to strike that balance, but if you can do it, you’ll be more valuable than the guy who knows a lot about computers but has a hard time with person-to-person interaction. To learn more about the impact of information technology on productivity, visit this website: https://www.blogs4us.com/

Generators Involving Siemens Many of us Deploy Brand New Bearings